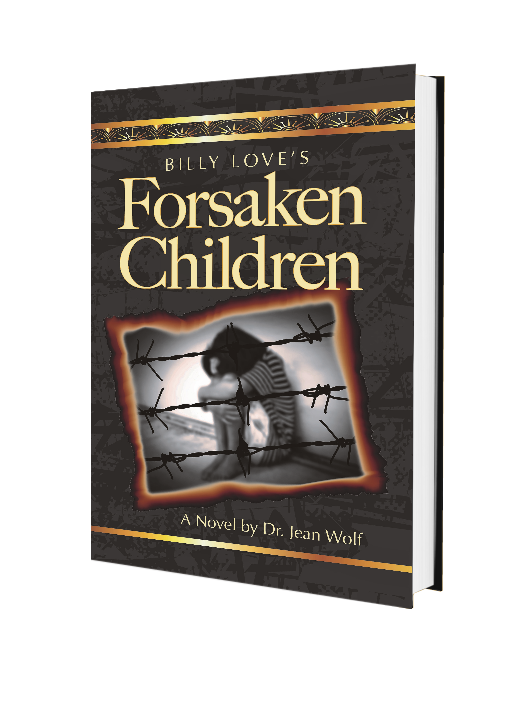 It is 1945, and Germany has surrendered to the American allies. Bedlam ensues throughout the United States, as its citizens celebrate the Nazis’ demise. While there are widespread festivities surrounding the allies’ victory, the Wolf clan is despondent regarding the fate of the Jewish people. Adolf Hitler had come close to his goal of annihilating the entire European Jewish population.

Germany is devastated after the war—its families are torn apart, its children, orphaned. Billy Love, her cousin Katerina, and her Aunt Elisabetha, once again become united, as changing the plight of homeless children becomes their mission. Eva Braun, Hitler’s mistress, who was whisked out of Germany and cloistered in the United States during World War II, is granted honorary membership in the wolfpack.

The connection of four women, exquisitely intertwined, and their commitment to each other, leads them on a journey of hope and healing for the forsaken children. In a time when the American government seemingly turns its back on the plight of young German children, the wolfpack takes action.

Four orphans are central to the story. Renata and Ursula, sisters in Munich. Ruthie, found in an orphanage in the Bronx. And Wolfgang, a young boy living in Frankenstein’s Castle. What will be their fate and how can the women help them?

This historical novel is a story of people working together—”linked in, informed, and educated, bringing peace and prosperity to a forsaken planet”—Isabelle Allende.

For the precious children.

How would I get them home? Obviously, I had not considered a plan to rescue children. I wanted to protect them from the elements and give them sustenance, not physically remove them to my abode—but the girls were so tiny and defenseless, perhaps on the verge of death from starvation. I took the second blanket and layered it over them. Their heads were even covered for additional warmth. Only their eyes were exposed.

I stood and stared down at them. The bigger girl’s respirations had slowed. She was sleeping—the wee one, however, was regarding me with her face guarded.

“Little one,” I said gently. “Rest now, I will protect you.” I kneeled down and patted her back. She cringed at my touch but after several minutes, I could feel her muscles relax. Then, she too was snoozing, with her lips making puffing sounds.

The soldier I had encountered earlier was a few blocks from here. I must enlist his help—I left the sleeping girls and dashed up the stairs to the street. Running through the boulevard, I scanned the horizon, looking for headlights, seeing nothing but inkiness. Should I go back and stay with the girls? No, it was too dangerous.

I started to panic…my breathing was heavy. My heart was thumping. Slowing to a jog, I rotated in a circle. To the east, I saw lights coming toward me.

I waved my arms and shouted, “Soldier, please, I need your help!”

He pulled beside me. “Get in,” he commanded.

“There are children in the basement of apartment building four,” I explained. “They are abandoned. Will you help me carry them out to your jeep and take us home?”

“Officially, I am on patrol but I reckon this operation is in the line of duty,” he said evenly. He jammed his foot on the gas and the jeep leapt forward. I gripped the door tightly as he careened forward, weaving around the debris covering the streets.

“Girls, this nice man is here to help you,” I called out, as we barreled down the steps to the basement. My voice startled them awake. They struggled to sit up, their faces wild with terror.

“Darlings, my name is Bobby Joe,” he said drawing out his enunciation. “Now, I used to be a cowboy but these days I am keeping the peace. I need to assist this nice lady, who you already met, and get you to a decent shelter.”

The bigger girl nodded yes, but the smaller one looked down without making eye contact. Leisurely I removed the layers of blankets and rewrapped them so that each child had her own covering. The smell of urine, feces, and vomit was overwhelming.

Trying not to gag I reached my arms around the tiniest girl, attempting to pick her up. She pummeled and scratched me, resisting. Undeterred I pinned the girl’s arms to her sides, clutched her to my chest, and made my way up the stairs to the jeep. Bobby Joe followed behind, carrying the more docile girl.

I plopped them on my lap and threw the burlap bag into the back of the jeep. Tiny girl fidgeted as Bobby Joe started the trek home.

What was I thinking? My impulsive behavior often got me in a mess—and how would I explain the situation to Petrus? I would call Billy Love. She could help me render an explanation.

Petrus was over at his brother Fritz’ house. I knew he wouldn’t arrive home for several hours which would buy me time to get the girls cleaned up.

I fixed the girls small cups of hot chocolate, an amount to fill their bellies. “Sip, slowly.” Neither one responded. They were intent on sliding the thick liquid down their throats. They each held out their cups for more.

“After a hot bath I will give you some more. Let’s go upstairs and get you out of those clothes.”

I turned on the clawfoot tub’s spigot full force, spewing hot water into its basin. “Girls, get undressed, leave your clothes in the corner.” (To be burned later, I thought.) The older child complied, peeling off her thin dress and the woolen socks.

Wee one was cowering in the corner. As I approached her she hissed and slapped at me.

Instantly, wee one was across the room, being undressed by the bigger girl. I sensed a resilience from the bigger girl that arose out of necessity. It was mother-like behavior, coming from a child who could not be older than five-years-old herself.

I observed the children’s swollen bellies and grimaced. I needed to compose myself—not let the children see my concern. I placed a step stool over by the edge of the tub and I watched them as they gingerly climbed onto it, hiking their legs over the lip and sinking into the tub with the steam surrounding them. Bigger girl straddled wee girl and leaned her into her chest.

Sitting on the stool I lathered up washcloths and started with their faces, talking to them in a soothing whisper. Gently, I swirled the cloths removing grime and soot. I rinsed and repeated—then I started on their torsos. Every few minutes I gathered new washcloths, throwing the used ones in the corner.

With their bodies clean, I dipped their heads back and applied shampoo, rubbing my fingertips tightly against their scalps. I spread the crème rinse which would aid in detangling their knotted tresses. As I squeezed wee one’s hair to remove excess water, I noticed lice crawling at the nape of her neck. They would both need treatment. I had some powdered D.D.T. in the medicine cabinet.

“Girls, come to me,” I said. I held out large terry-cloth towels. The bigger girl pushed the wee girl to stand. Warily, the tiny one moved to me. I lifted her out of the tub and enveloped her with the bath sheet. She shivered as I buffed her dry. Then, she straightened, mannequin-like, sullen, waiting for bigger girl be at her side.

I pulled bigger girl toward me and out of the water—she threw her arms around my neck and clung to me. We were both wet but I was singing inside. She was trusting me, a break-through.

“Oh, sweetheart, what a beautiful name. Thank you for sharing it with me,” I cooed as I dried her body and hair.

“And she is Ursula, my sister,” she said. Renata motioned toward the wee one.”

“Well now hello there, Renata and Ursula. I am pleased to meet you. Let’s see if we can find you something to wear.”

I found two cotton t-shirts and plopped them over each of their heads. The tops fell dress-like, to their ankles. Clean woolen socks completed the look. I took in their smell, aromatic, from the lavender drops I had released into the bath water.

“Renata, honey, come here I want to comb out your hair.” I sat her on the edge of the bed and gently worked the wide-toothed comb through the snarls. I applied the powdered D.D.T. to kill the lice.

Ursula watched with her lips trembling. She cringed against the headboard of the bed. Who knew what kind of nightmare she had experienced?

Renata jumped off the bed and wrapped her arms around Ursula. “It is okay. She is a good lady,” she murmured. “I will stay right by you while she treats your tangles, Ursula.”

“Why don’t you sit on Renata’s lap while I use the comb?”

Ursula still had not spoken but she clearly understood the conversation. She scrambled onto Renata’s lap, preparing herself. She winced but was stoic, as I took the comb through each section of her matted hair.

“Yes, my love, I am going to feed you some chicken broth. We are going to start with liquids because your stomachs can’t handle much more than that. Okay?”

“Okay, Ursula and Renata. You are both squeaky clean now.”

“Let’s go.” I took their hands, one on each side of me and we descended the treads into the kitchen.”

They sat at the table with their scrawny legs dangling from the wooden chairs.

“Renata and Ursula, eat this slowly,” I said as I placed the hot soup before them. Renata heeded my words as she clearly remembered how she retched the bread, just hours before. Ursula, however, greedily cleaned her bowl in a few minutes. They each drained a cup of milk.

“That’s enough food for tonight. We shall see how you do tomorrow after a good night’s sleep.”

Renata was yawning and Ursula was rubbing her eyes. I guided them up the stairs and into the spare bedroom. I yanked back the covers and they slid into soft sheets. Ursula faced Renata’s back, her arms wrapped around Renata’s waist. They snuggled, as I covered them back up.

“Sure, sugar,” I patted them both closed the door and stepped into the hallway. Tears welled. What had become of their parents? What will Petrus do when I tell him about our guests?

I would call Billy Love. She will come to Munich. I needed her help. I sat down heavily and put my head in my hands.

Then, Wee one was screaming as Petrus walked through the door.

This book is dedicated to my father, Calvin C. Wolf, whose soaring tenor voice colored my descriptions of Marlene’s and Katerina’s U.S.O. shows, which occurred in Europe during World War Two. Dad starred in many local Iowa theater productions, such as Music Man where he belted out such classics as Lida Rose. My father also brilliantly played the piano and was in demand to sing at countless weddings and funerals. It was my deep-dive into my father’s lineage, where I discovered generations of Wolfs traced back to Darmstadt, Germany, the city where much of this book takes place. I am grateful to my father for his encouragement—his unfailing support for wherever my ambitions would take me. I am blessed. Thanks, Dad. 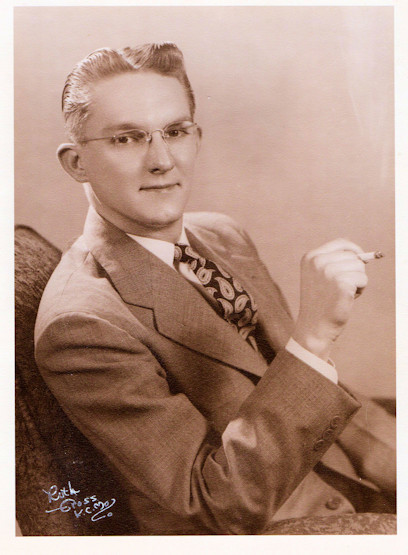